Key to this Tree 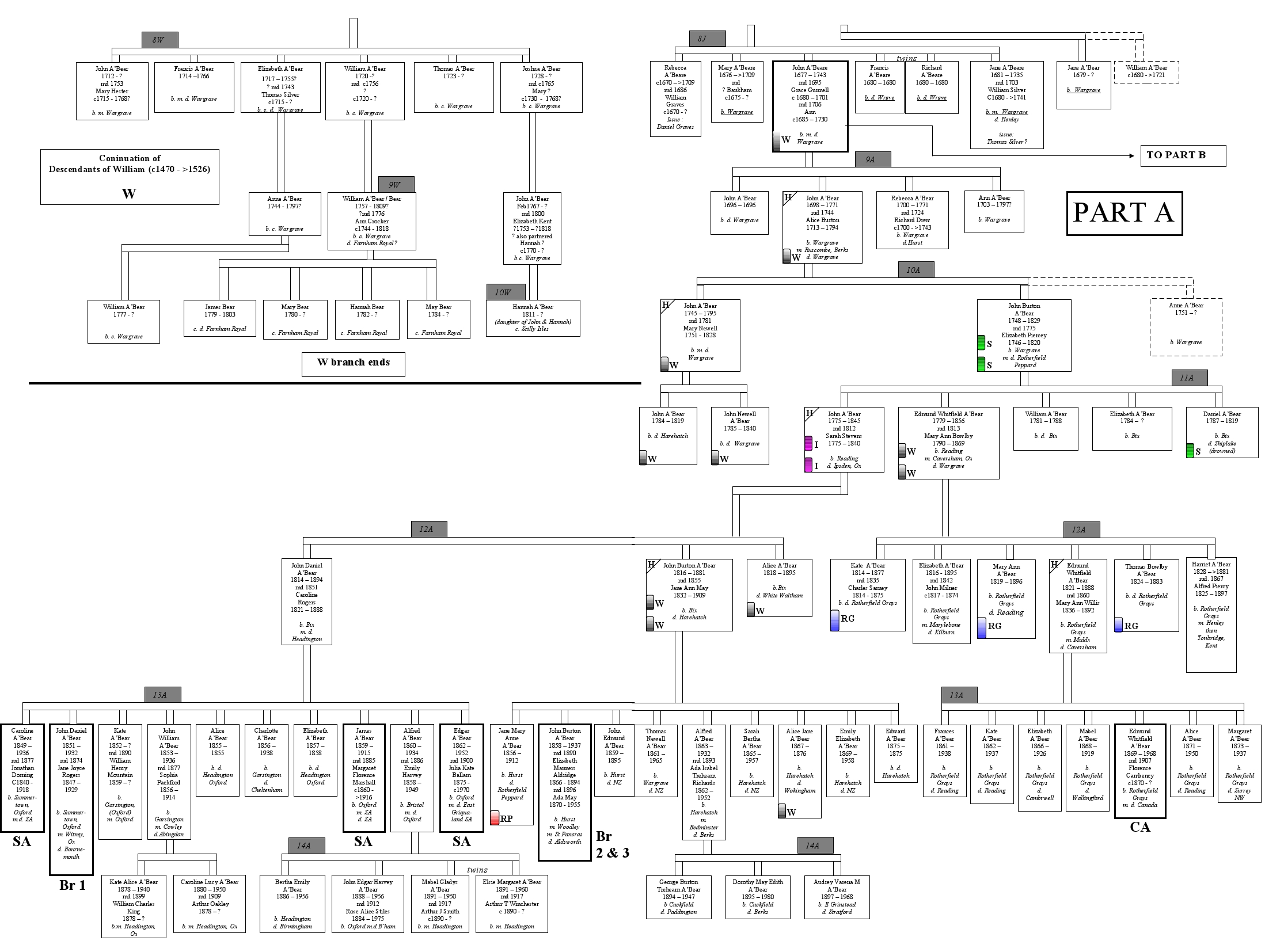 This Family Tree covers the groups of ancestors living around 1700 who belonged to branches that died out, and the period from John A’Bear, Head of the Family, (1677 – 1743) until the head of each of the current branches of the family, depicted by bold borders and labelled accordingly. This part covers only the generations due to his first marriage to Grace Gunnell (Part A). The current branches are then drawn individually within the relevant sections of this work.

The information listed in italics in each box relates to the first-named person, that is the person with the family surname, except where otherwise stated. Their places of birth (b), christening (c), marriage (m) and death (d) are included for reference purposes and to help support the individuals’ placement on the tree.

Other information included refers to known grave sites as follows:

The letter H denotes an owner of Hill House.

All known details for each person in this tree are subsequently considered in the relevant sections of text. The generation flags apply to entire horizontal rows across each page.