St Mary’s Church, Wargrave, was rebuilt after a fire in 1914 which destroyed much of the building. However, the first mention of a church at Wargrave is in 1121, and it is likely that the family worshipped here from at least the fourteenth century. Certainly for hundreds of years they were main fillers of the parish registers, during which time they were also Church Wardens.

There are six known burial plots, all close to the church building.

The oldest grave is that of John A’Bear who died on 20th July 1771, aged 73. He was the only surviving son by his father’s first marriage to Grace Gunnell. (His father’s second marriage to Ann led to six more children being born). 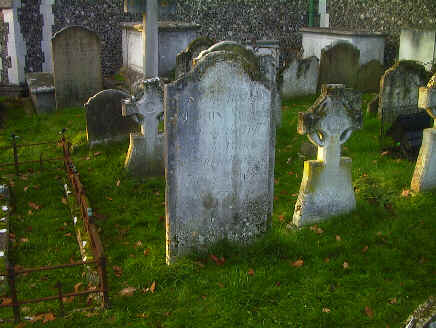 It was this John who married Alice Whitfield in 1744; and through this marriage that the A’Bear fortunes were to change. Alice Whitfield (born Alice Burton) was a wealthy widow of a prosperous land agent and speculator. 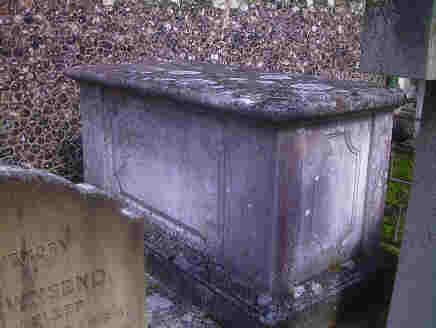 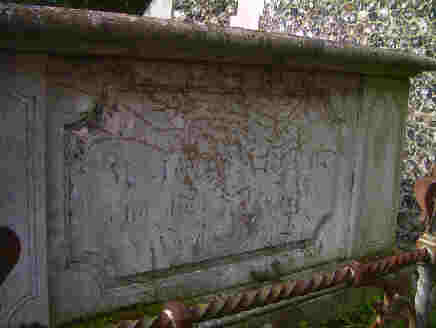 This tomb is a Grade II listed building.

Though the elder of these two sons only lived to the age of 34, he married Sarah Stevens and had three children. All three survived, his second son being named John Burton A’Bear. John Burton was born in 1816, and married Jane Ann May in 1855. Their offspring numbered nine, but their third daughter, Alice Jane, died at the age of only 8 years 11 months. In this grave lie the daughter, who died in 1876, and father who died in 1881. 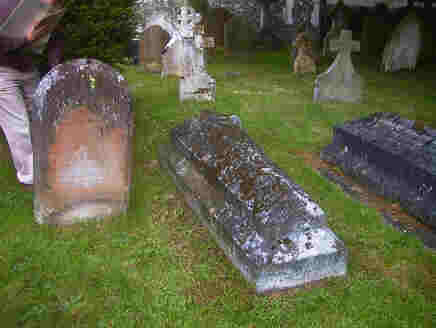 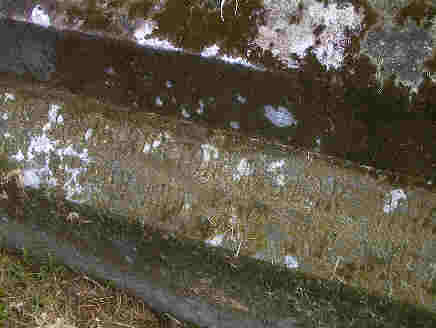 John Burton’s only sister, another Alice, died in 1895, aged 77, and his widow Jane died on Jan 16th 1909. This grave names both people. It was Jane who remained at “The Hill” after her husband’s death for twenty more years, but it was also Alice’s home.In 1901, aged 67, Jane sold the property, thereby ending this remarkably long family ownership.The inscriptions on this tombstone are easily legible, and read: 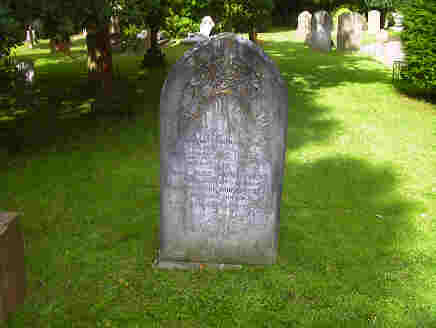 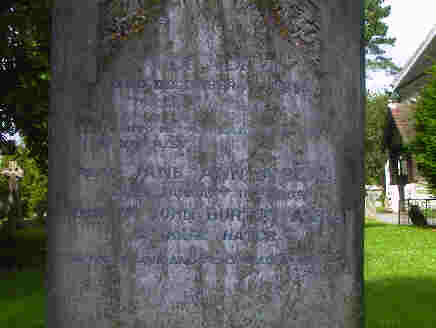 In loving memory of Alice A'Bear

Come unto me ye weary and I will give you rest

The God of Love and Peace shall be with you

The John A’Bear who married Mary Newell had a younger sister and brother. This brother (another John Burton) had five children, the second son being named Edmund Whitfield A’Bear. Born in 1779, he married Mary Ann Bowlby on 25th October 1813. This grave is that of Edmund (who died in 1856) and Mary (who died in1869). 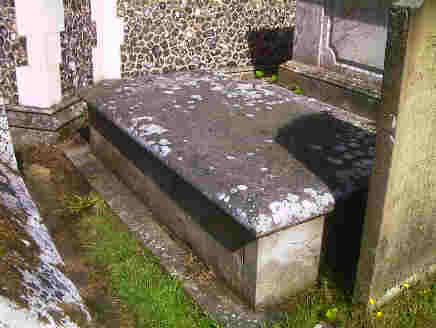 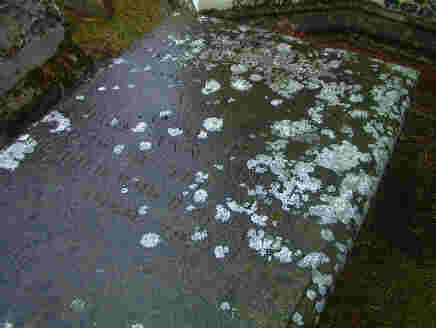 Also of Mary Ann A’Bear widow of the above

The most recently discovered grave is that of Joshua A'Bear. This grave was believed to be that of Joshua Beard, but close examination, later supported by family papers, gave us indisputable evidence. Joshua was born in 1757 and is most likely the youngest son of Caleb A'Bear of Gibstude Farm. Caleb and his family were stricken with misfortune throughout their lives. At the time of Joshua's death, his only living relative was his sister Diana who paid for his burial. This grave is to the North side of the church, halfway between the vestry door and the North porch on the left side of the path (next to William Butler d.1809 aged 23). 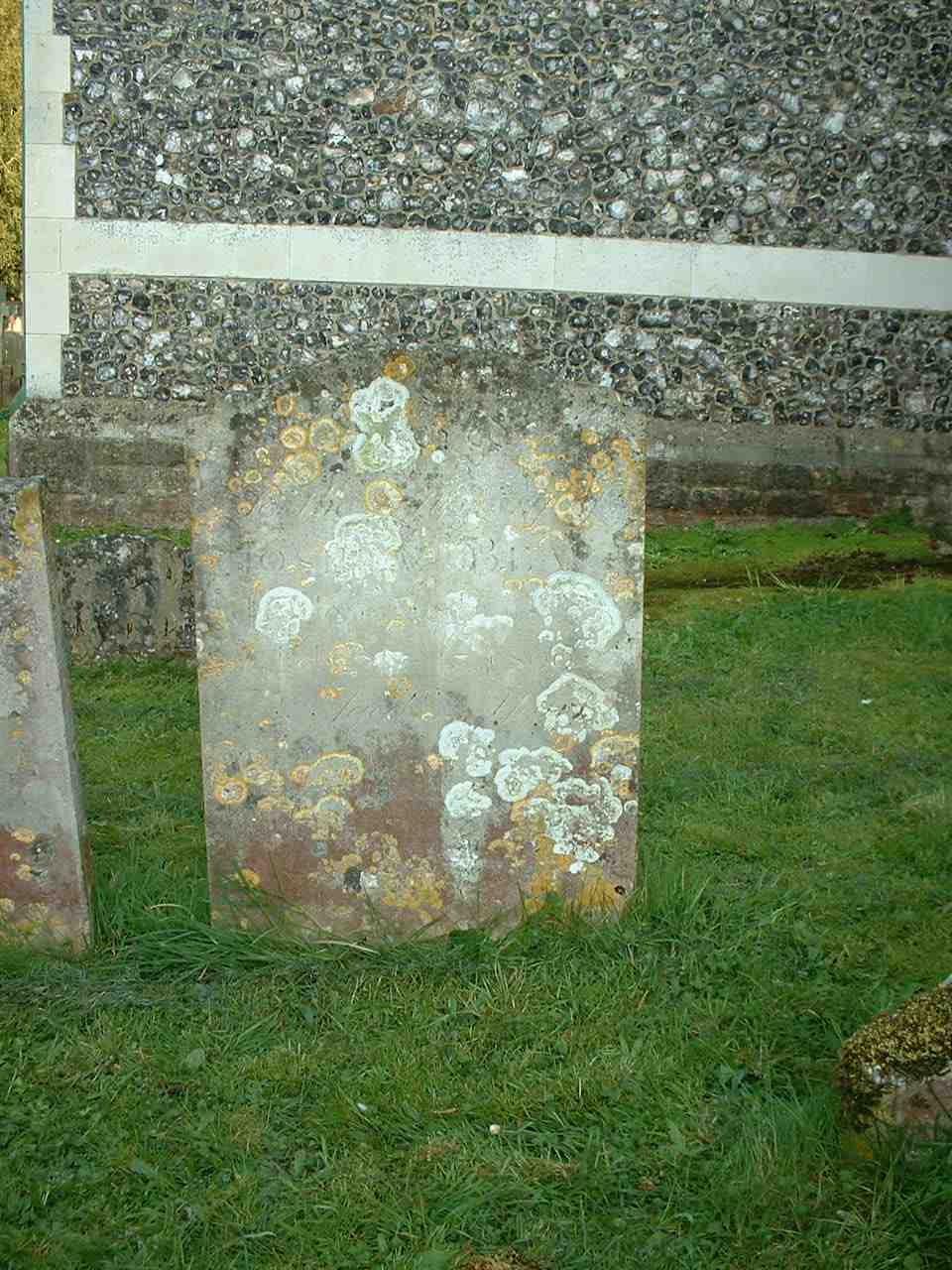 Sacred to the Memory of Joshua A'Bear

Then, to whatever End Affliction's sent

To try our Virtues, or for Punishment

We bear it calmly, tho' a ponderous Woe

And still adore the Hand that gives the Blow.

Another grave, recorded in TAFOW p68, is that of Jane A’Bear (1681 – 1735) gen 8J. Stephen Leach, the author, recalled that this grave was not near the others and was extremely difficult to read. His father recorded it originally, but he does not think he was able to find it again when he returned recently. It states:

Other even earlier ancestors requested in their wills that they be buried in this graveyard. These include: