Wendy and I set off for Windy Gap car park on Sat 19th August 2006 to operate a station for Lighthouse Weekend.

We arrived at 0740 and set up the station by about 1010. It is surprising how long it takes two people to set up the (new) carnopy, the aerials and the station. The weather looked unsettled, but it could have been worse. 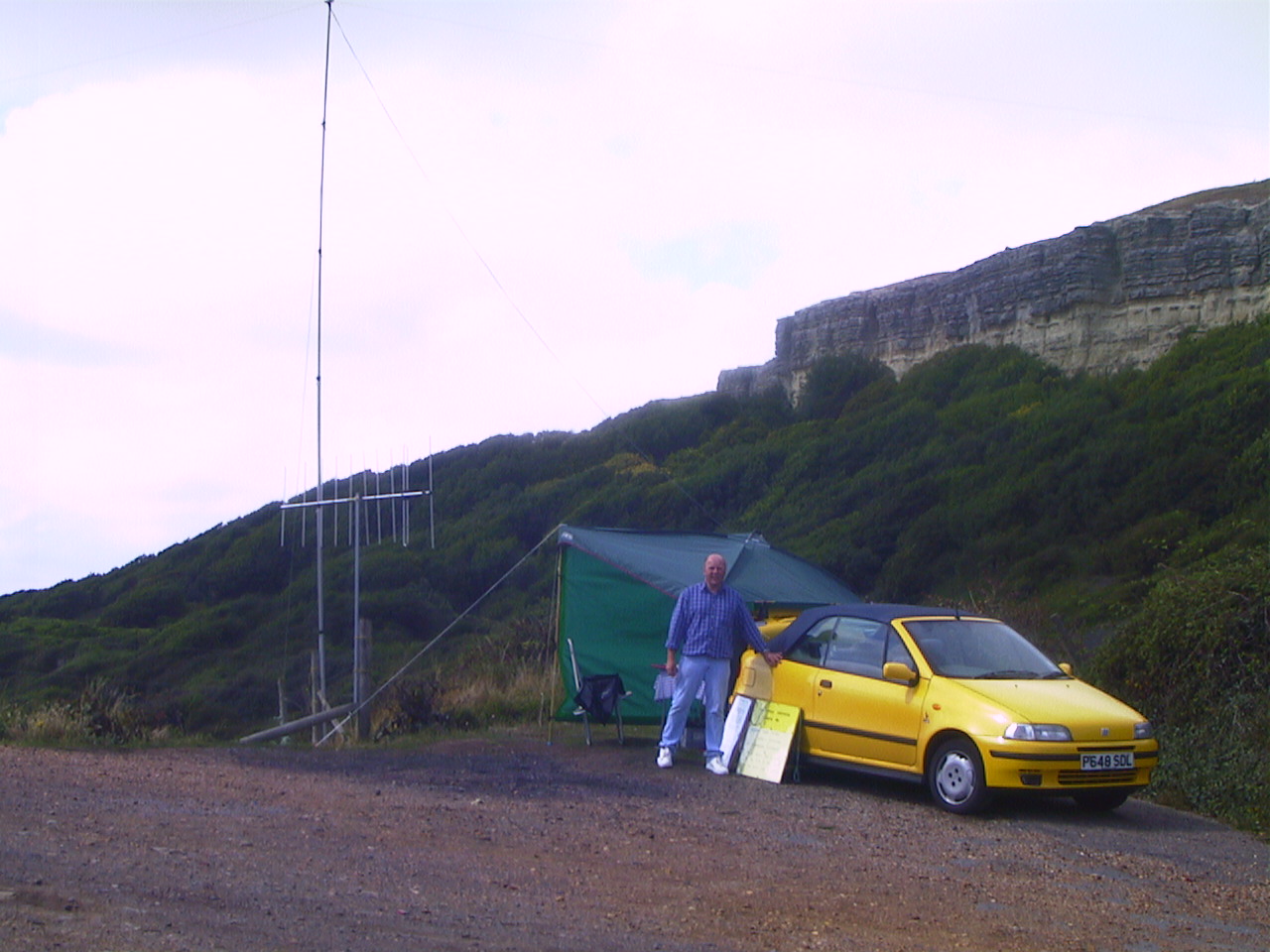 Sorting out all the interconnections took a while, but we got there in the end. We ran a packet station using the 10 ele beam direct to Wool on low power. Wool is about 45 miles away. The DX Cluster system worked very well and was well worth the effort.

The G5RV just fitted nicely into the usual aerial location and performed very well. The only hitch was the cable between the Icom 706 front panel and main body becoming trapped under the footswitch and getting partially severed. Something to watch out for in future.

Power was supplied by two 12V car batteries the new 90Ah battery easily supplied the tx all day, and the smaller 60Ah supplied the Packet station and computer all day.

The table was uneven and rather uncomfortable to sit at, but I managed. Wendy did a paper log all day. The computer behaved well, but died the following day. However the log was saved ok.

We had two sharp showers soon after we set up, but no harm came to the equipment. It is worth having protection in the form of plastic bags just in case the showers are prolonged, as rain can blow in under the carnopy, and also run down the carnopy into the boot of the car. The wind strengthened as the day wore on, and we stopped transmissions early at 1830 hrs before damage was caused to the canopy. Dismantling is quicker than setting up, but even so it was 2100 before we got home when it was nearly dark.

We worked 172 stations reaching Asiatic Russia to the east and the USA to the west. There was never a shortage of stations to work, aided by regular announcements on the DX Cluster. We worked 20, 40 and 80 metres – in that order – for roughly equal times. There was the usual contest on 20m, and 40m was very busy, but we broke through the QRM well with our 100W and G5RV. The manual ATU tuned easily with the usual 70 ft coax feeder.

The corner of the car park that we chose turned out to be very smelly, and without the wind would have been quite sickening. The uneven ground there also made operating a little uncomfortable. There is a lack of grass, however, which is needed for driving in the carnopy guy rope stakes. For 2007 it might be worth considering another spot. The carnopy needs to face away from the sun which was not where I thought it would be but shone in on the canopy – but we also need sight of the aerials for safety, and sight of the car park area. The carnopy also needs to give protection from the prevailing wind and rain.

Altogether though it was a very successful day. The paper log was virtually unnecessary, with only one typo error occurring on the computer. Next year the Compaq laptop can make backups to the floppy drive, leaving the USB port continually free for rig control.